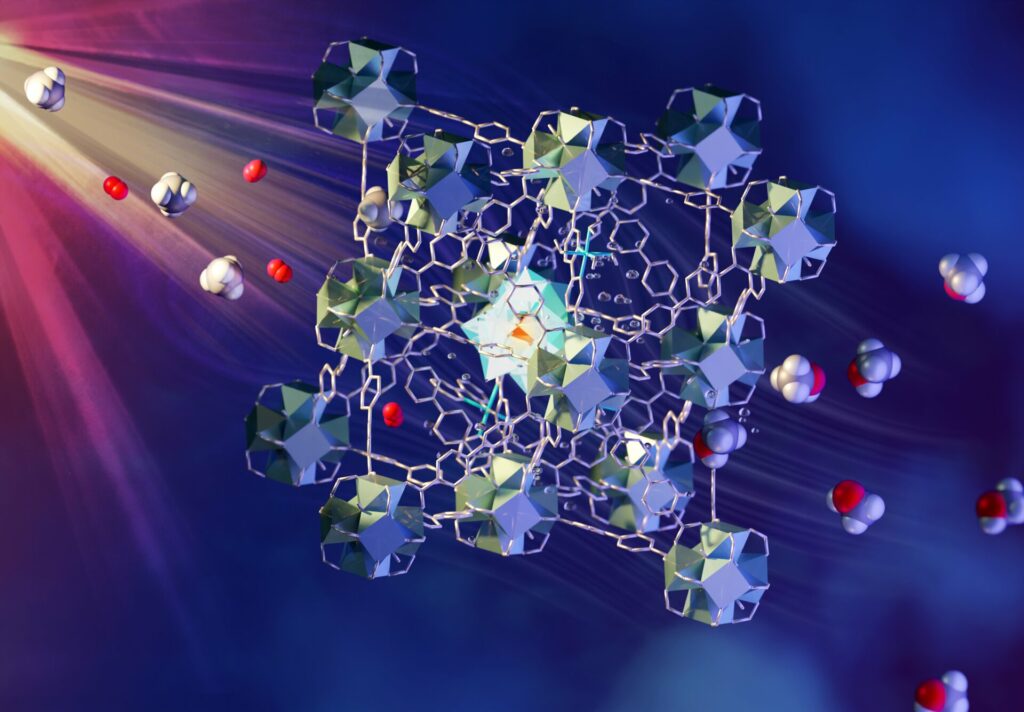 A group of researchers has succeeded in their experiment of converting methane gas into liquid methanol by using light along with dispersed transition metals like copper in a methodology known as photo-oxidation. As per an article published in Chemical Communications, this attempt was one of the best reactions to date in converting methane gas into liquid methanol, under temperatures of 25°C, at an ambient pressure of 1 bar.

A bar is a unit of pressure derived from a Greek word for weight – “bars.” Therefore, 1 bar is equal to 100 kPa (100,000 Pascals), which is almost equivalent to 101,325 Pa, the standard atmospheric pressure at sea level.
The outcome of this research is a major step towards making gas that is already available as a source of energy to produce fuel alternatives to diesel and gasoline. However, natural gas is considered a fossil fuel; its conversion into methanol emits lesser CO2 (carbon dioxide) than other liquid fuels in the same category.
Methanol is considered a key element for the production of biodiesel as well as for use in the chemical industry, which uses this fuel to manufacture a number of products.

Additionally, as a means of lessening the adverse impacts of climate change, it is necessary to capture methane from the atmosphere, as this gas has more potential than carbon dioxide, which is around 25x more potent in contributing to global warming.

Marcos da Silva, the primary author of this article, is a Ph.D. student in the Physics Department of the Federal University of São Carlos (UFSCar), a public research university in Brazil. He told Agência FAPESP that as long as the volume of Earth’s methane reserves is concerned, there is a great debate that has continued in the scientific community for a while now. As per some estimations, it may have double the potential when it comes to energy in comparison to a combination of all other fossil fuels.

According to Ivo Freitas Teixeira, a professor at UFSCar, who is also the secondary author of the article and Silva’s thesis advisor, a key innovation of this study was the photocatalyst which was used in this experiment. He said that the group significantly innovated the oxidizing of methane in a single stage. This conversion occurs in the chemical industry when producing CO2 and hydrogen in a minimum of two phases and under conditions related to pressure as well as very high temperatures. A significant step forward during this study is the success of the team in producing methanol under mild conditions.

As per Teixeira, these results will pave the way for research related to the use of solar energy to process this conversion in the future, thus potentially reducing further impacts on the environment.

Scientists produced crystalline carbon nitride in the laboratory, in the state of poly(heptazine imide), PHI, by using earth-abundant transition metals, mainly copper, in order to generate active visible light photocatalysts.
After producing photocatalysts, they used them in a hydrogen peroxide reaction with methane oxidation as an initiator. The copper-PHI photocatalyst created plenty of oxygenated liquid products, mainly methanol (2,900 micromoles per gram of material, or µmol.g-1 in four hours).

Teixeira said that the team discovered the finest catalyst and other conditions that are necessary for a chemical reaction, including the use of a significant amount of water, and on the other hand, using a small amount of hydrogen peroxide, which is an oxidizing element. The next stages include learning more about active copper sites in the material along with their role in the reaction. The team also intends to use oxygen directly to generate hydrogen peroxide in the reaction. This should result in even making the procedure economically viable and safer.

There is one more detail related to copper that the team will continue to investigate. He further explained that the scientists worked with dispersed copper. When the team wrote this article, they didn’t have any idea whether they were dealing with clusters or isolated atoms. But, now they know that these were clusters.

The team used pure methane in the experiment, but they anticipate extracting the gas from renewable sources like biomass in their future experiments. According to the United Nations, methane is the reason behind 30% of global warming since the pre-industrial era. Methane emissions from human activity might be lowered by up to 45% in the coming decade.

The method of methane conversion into liquid fuel with the use of photocatalysts is not commercially available, as it is relatively new, but its future potential is significant.