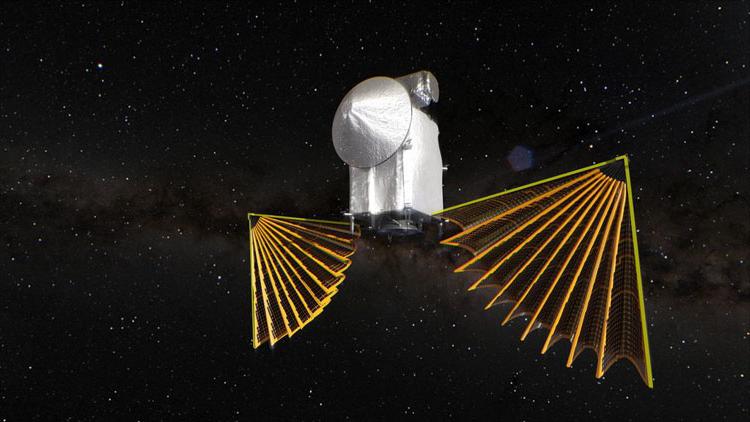 NASA, this week, confirmed that its Lucy mission, which was launched on the 16th of October 2021 to explore a series of asteroids, has a clean bill of health because, in October, it picked up a key gravity assist. NASA, in a new update, said that the solar arrays of the Lucy mission are stable enough for the US$1 billion spacecraft and have the capacity to perform its science operations in the upcoming years as the spacecraft has already visited 52246 Donaldjohanson, a main-belt asteroid. Afterward, it additionally traveled by eight different Trojan asteroids, which are a part of Jupiter’s orbit around the Sun.

Last October, when it first launched on an Atlas V rocket, the positive outcomes of Lucy’s mission had been in question since the very first hours of its launch, as it had two larger solar arrays, of which, one of them failed to open completely and latch securely. Every single array of the spacecraft was meant to unfold like a hand fan.

NASA’s engineers and scientists, along with its mission contractors, which include Lockheed Martin, a spacecraft builder, and Northrop Grumman, a solar array designer, were gathered together within a few hours of its launch. All of them had a serious discussion about the mission’s fate in those initial meetings. At that point, even engineers could not find out the reason behind the opening failure of a solar array, as even cameras placed on the spacecraft could not point towards its solar arrays.

Therefore, those initial meetings were all about debates between engineers and scientists over whether the issue of the solar array could be solved or whether the mission could be successful without having two fully functional solar arrays. The array, which was partially closed, was generating around 90% of its expected power.

After working on this issue for months, including testing, analysis, and troubleshooting, the team eventually understood that the reason for the partially closed solar array was the lanyard, that had gotten jammed. The lanyard was meant to pull the solar array, which would then open it completely. To deploy solar arrays, the spacecraft contains both a primary and backup motor, but they were not designed to fire in tandem. But this spring season, scientists and engineers collectively decided to fire both the primary as well as backup deployment motors for the solar array, hoping that this extra force would release the lanyard.

As a result, engineers directed both deployment motors to be turned on, at seven different events from the 6th of May to the 16th of June, and this decision helped them. NASA says that the solar array is currently open between 353 and 357 degrees out of 360 degrees. However, it is not completely latched, which will hopefully create no obstacle for its further journey, as it is now under enough tension to function as required during this mission.

The problem with this solar array is almost solved, so mission operators can now focus on an Earth flyby when Lucy approaches a gravity assist – the first of three en route to the central asteroid belt. The spacecraft will fly by its first target in April 2025 as part of this fuel-efficient trajectory. It is the primary belt asteroid named after Donald Johanson, an American anthropologist who co-discovered the well-known “Lucy” fossil in 1974. The fossil of a female hominin species that existed around 3.2 million years ago.

The Lucy asteroid mission takes its name from this well-known fossil. Scientists expect to gain more details about the building blocks of the solar system, as the spacecraft consequently visits eight Trojan asteroids. They also aimed to better understand the nature of its planets today.

These tiny asteroids have flown no probes that are gathered at stable Lagrange points ahead and trailing behind Jupiter’s orbit of 5.2 astronomical units (AU) from the Sun. An astronomical unit is a unit of length, roughly the distance from Earth to the Sun and equal to 150 million kilometers (93 million miles) or 8.3 light minutes. Therefore, these asteroids are mostly dark but can be covered with organic compounds called tholins.