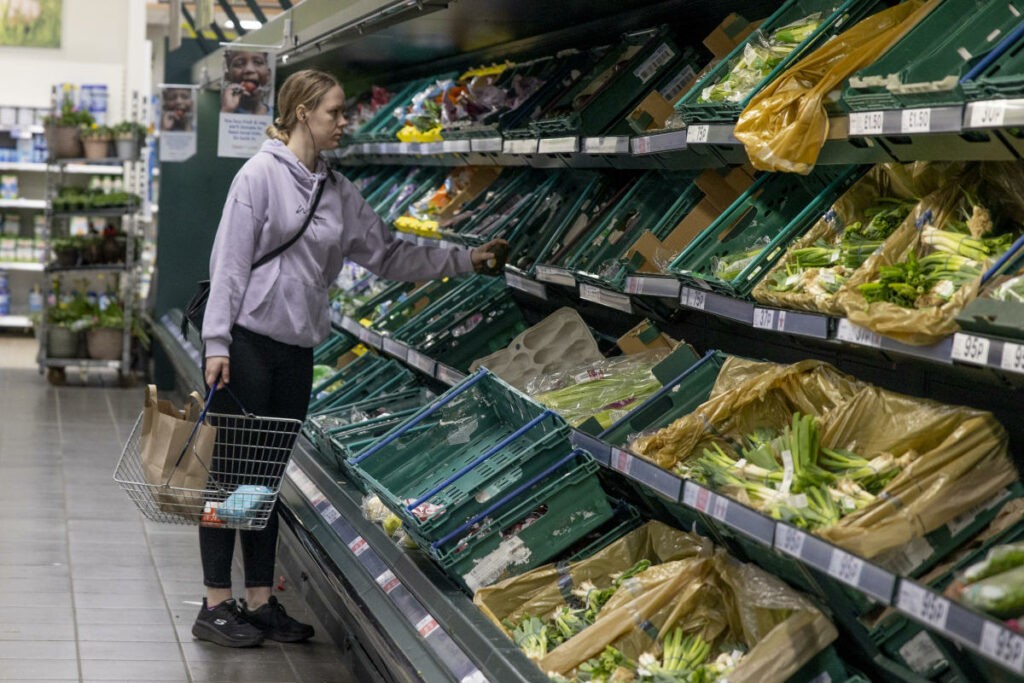 Inflation in the UK reaches 11.1 percent, its highest level in 41 years

Inflation in the UK reaches 11.1 percent, its highest level in 41 years

Inflation in Britain accelerates to 11.1 Percent in October due to soaring food, energy, and transport costs.

According to official data, British inflation has reached its highest point in 41 years. This is due to soaring food, energy, and transport costs, which are contributing to a worsening cost of living crisis.

According to the Office for National Statistics (ONS), the Consumer Prices Index reached 11.1 percent in October. This is the highest level since 1981.

This was compared to 10.1 percent in September which was equal to the July level and the highest in 40 years.

The UK government had put an energy price freeze, but domestic fuel prices rose further as the market was exposed to new fallout from Russia’s invasion.

The October figure was 10.7 percent higher than market expectations and higher than the Bank of England forecast peak.

According to the ONS, gas prices have risen by 130 percent and prices for electricity by 66 percent in the past year.

Inflation was also driven higher by transport and food costs.

Jeremy Hunt, the finance minister, spoke on the eve of his key government budget. He blamed Russian President Vladimir Putin for spiking prices and the fallout from the coronavirus.

Hunt stated that the inflation rate in the UK and the rest of the world is being driven up by the aftershocks of COVID, and Putin’s invasion of Ukraine.

“This tax is a trap that eats into household budgets, pay cheques, and savings while preventing any long-term economic growth.”

Inflation has soared to its highest levels in decades, prompting economic turmoil and forcing central banks to increase interest rates.

The Bank of England (BoE), this month, raised its interest rates to combat high inflation. It also warned that the UK could experience a record-long recession by mid-2024.

To cool UK inflation, which it had seen reaching nearly 11 percent, the BoE announced that it would increase borrowing costs by 0.75 percent to 3 percent. This is the highest level since 2008’s global financial crisis.

Hunt stated Wednesday that the BoE would need to make tough decisions to meet its 2-percent inflation target.

He stated, “We cannot have sustainable long-term growth with high inflation.”