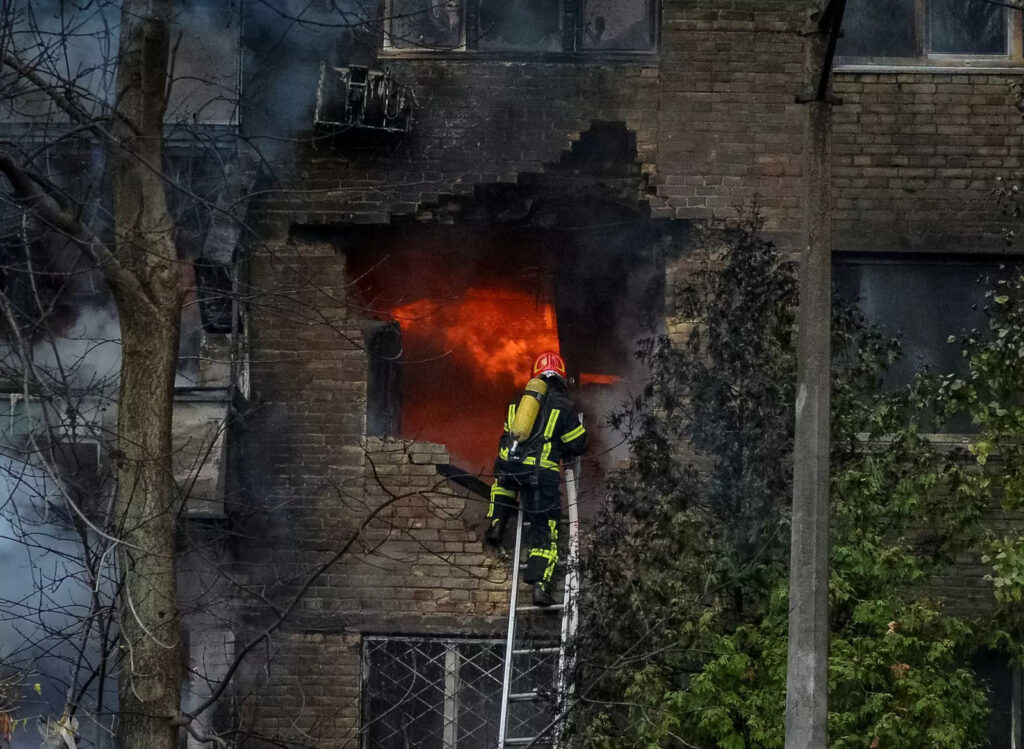 Poland: A Russian-made missile was launched at our country and killed 2

Two people were killed when a Russian-made missile struck Poland’s eastern side. The explosion was condemned by Volodymr Zelenskyy, the Ukrainian President.

There are serious questions regarding the explosion, including who launched the missile. Russia denied any involvement.

According to the Polish government, it is investigating and increasing its military readiness. Biden promised support for Poland’s investigation.

Zelenskyy’s remarks were delivered to the nation in an evening address. They came after a senior U.S intelligence official informed The Associated Press that two Russian missiles had entered Polish territory and killed two civilians.

Another person stated that Russian missiles had apparently struck a Polish site located about 15 miles from Ukraine’s border.

According to the Polish Foreign Ministry, the weapon was made in Russia. President Andrzej Da was less cautious and said that the weapon was most likely Russian-made, but that it was still being investigated.

Duda stated, “We are acting calmly.” “This is a difficult circumstance.”

Biden’s decision by convening an emergency meeting of NATO and G-7 leaders rearranged the schedules for the Group of 20 meeting in Indonesia.

Biden called the Polish president to offer his condolences after he was woken by staff with the news about the missile. Biden, who promised full U.S support and assistance to Poland’s investigation on Twitter, also “reaffirmed the United States’ ironclad commitment towards NATO.”

NATO Secretary General Jens Stoltenberg called the meeting in Brussels of the alliance’s envoys. A briefing by the U.N. Security Council on the situation in Ukraine was also scheduled for Wednesday. There was no doubt that the strike in Poland would be discussed.

The statement from Poland did not mention whether there was a targeting error or if it could have been diverted by Ukrainian defenses.

NATO and Poland used language in their statements that suggested they did not consider the missile explosion to be an intentional Russian attack. NATO called it a “tragic event” in a statement.

Russia could have deliberately targeted Poland and risked provoking the 30-nation alliance to enter the conflict, at a time it is already struggling with defending itself against the Ukrainian forces.

Polish media reported that the strike occurred in Przewodow (a village close to the Ukrainian border) where grain was drying.

According to the Russian Defense Ministry, “any strikes against targets near the Ukrainian-Polish frontier” were not carried out. They stated in a statement that photographs of damage taken “have nothing to do with” Russian weapons.

Poland: A Russian-made missile was launched at our country and killed 2