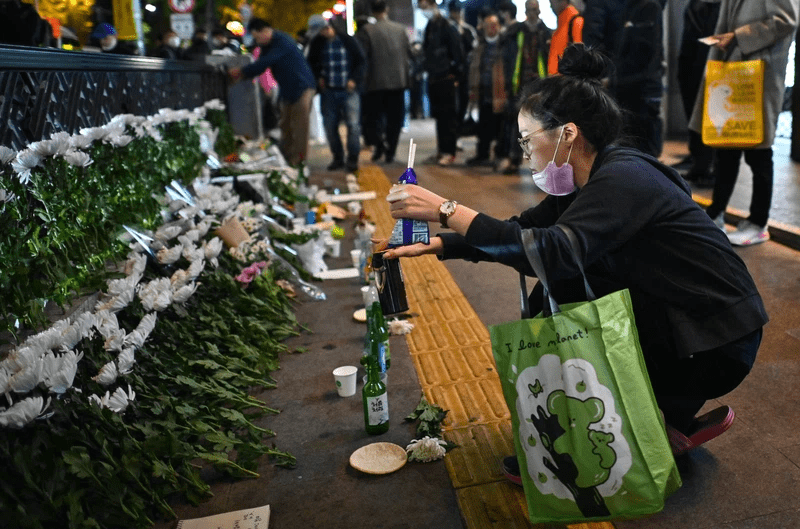 South Korea Stampede: Hundreds were killed in a stampede that broke out at the Halloween celebration in Seoul, South Korea. Reports state that at least 151 people have already died and more than 150 others have been injured.

All of the injured were admitted to the hospital. All the bodies were sent for post-mortem. According to the news agency thousands had gathered in Seoul’s Itaewon area to celebrate Halloween. The narrow streets were crowded with thousands of people.

People started to climb over one another as the crowd became more excited. Several people began to fall in the rush. For a while, there was complete confusion.

The atmosphere was chaotic. People complained about nervousness and restlessness. Many people had heart attacks. The rescue team reported that people received CPR and treatment. A few people were also rushed to nearby hospitals.

Many world leaders, including the US President Joe Biden, have expressed sorrow at the tragedy. Officials involved in relief work say that most victims were between 20-30 years old.

It was a terrible incident in South Korea, where many people died. This is not the first stampede that has occurred during a program. Similar accidents have occurred in other countries. We are going to tell you about the worst stampedes that have occurred in the past three decades.