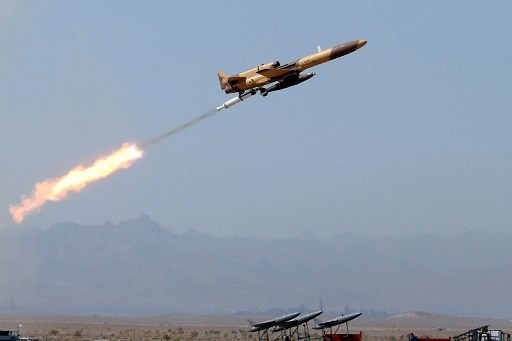 Russia and Iran claim that the United Nations does not have the authority to inspect drones called ‘kamikaze’. This is despite accusations that they were sent from Tehran.

Russia has warned the United Nations not to investigate its use of drones within Ukraine. This is amid allegations that the weapons were imported from Iran and used in violation of UN arms restrictions.

After Monday’s attack on Kyiv, which killed at least five civilians and caused extensive damage to power stations, the United States, France, and the United Kingdom convened a closed-door Security Council meeting about drones.

Ukraine claims that its military has destroyed more than 220 Iranian drones in less than a month. UN Secretary-General Antonio Guterres has been invited to Ukraine to examine some of the debris it has found.

Guterres and his team were asked to “abstain” from any illegitimate investigations. He said that if they do not, we would have to reevaluate our cooperation with them. This is not in anyone’s best interests.”

The US and the European Union claim they have evidence that Iran provided Russia with Shahed136s, low-cost drones which explode upon landing. Washington claims that any arms transfer violated UN Security Council Resolution 2231, which is part of the 2015 Joint Comprehensive Plan of Action. This agreement was made to stop Iran from developing nuclear weapons and to limit its nuclear activities.

Iran denies providing drones to Russia. It also stated earlier this week that it is ready to “dialogue with Ukraine to clear such allegations”, after Dmytro Kuleba, the Foreign Minister, said that Ukraine should end diplomatic ties.

Amir Saeid Iravani (Iran’s UN envoy) rejected Wednesday’s “unfounded and unverified claims” regarding drone transfers. He stated that Tehran, which abstained from voting on the war, desired a “peaceful solution” to the conflict which began with Russia sending troops into Ukraine on February 24, 2014.

Iravani stated that Ukraine’s invitation was “without any legal basis” and called upon Guterres to “prevent any misuse” of the resolution, UN officials, and other issues related to the Ukraine war.

He said that Iran is convinced that no arms exports of its, including UAVs to any country, violate resolution 2231.

A conventional arms embargo against Iran was established by the 2015 resolution and would continue until October 2020.

However, the West allies of Ukraine argue that the resolution includes restrictions on missiles until October 2023 and related technologies. It can also include the export and purchase of advanced military systems like drones.

Nicolas de Riviere, French UN Ambassador, stated that Guterres has been given a clear mandate twice a calendar year to report on all of these matters and make technical assessments. So I believe the UN secretariat must go and will go.

Guterres submits a report twice a year to the Security Council on the implementation of the 2015 resolution, usually in June and December. Probably, any assessment of drones in Ukraine would be part of that report.

Stephane Dujarric, the UN Spokesperson, stated Wednesday that “as a matter of policy we are always ready for examination any information and analysis any information brought by the Member States.”

Before the summit in Brussels begins on Thursday, the EU is expected to approve sanctions against drones.

the 27-nation group would act against three top military officers, including General Mohammad Hossein Bagheri (the chief of staff of Iran’s armed forces) and Shahid Aviation Industries (an aerospace company that is linked to the Revolutionary Guards).

Nabila Massrali spokeswoman for Josep Borrell, EU chief of foreign policy. She said that the bloc had “gathered its evidence” and would prepare a “clear, swift, and firm EU response”.