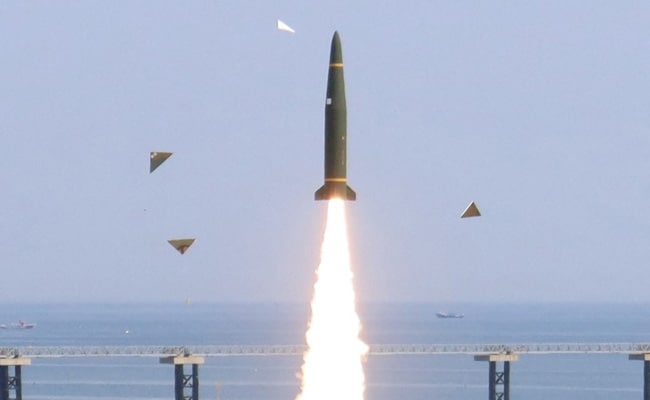 Two ballistic missiles were launched by North Korea toward its eastern waters Thursday. The United States also redeployed an aircraft carrier near the Korean Peninsula to respond to North Korea’s recent missile launch over Japan.

The Joint Chiefs of Staff of South Korea stated in a statement that the launches took place 22 minutes apart from North Korea’s capital on Thursday morning.

It stated that South Korea has increased its surveillance capabilities and is ready to work in close coordination with the United States.

Thursday’s launches were North Korea’s sixth round in less than two months of weapon firings. This has been condemned by the United States and other nations.

On Tuesday, North Korea fired an intermediate-range missile at Japan for the first times in five years. The Japanese government issued evacuation alerts and stopped trains as a result.

This was North Korea’s most provocative weapon demonstration in many years. Experts believe the weapon was a Hwasong-12 missile that could reach Guam, the U.S. Pacific territory.

Thursday’s launches were made as the U.S.-based aircraft carrier USS Ronald Reagan returned from South Korea to show its “firm will” against North’s threats and provocations.

As part of drills between South Korea, the United States, and the allies’ other training that involves Japan, the carrier was present in the region last week. North Korea regards such U.S.-led drills close to the peninsula as an invasion practice.