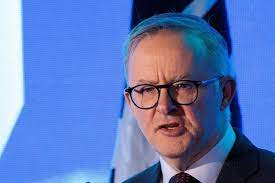 After years of debate about the need to have greater oversight of Australia’s politics, Australia has revealed plans for an independent anti-corruption watchdog.

In a statement Tuesday, Prime Minister Anthony Albanese said that Attorney General Mark Dreyfus stated in a statement that the proposed National Anti-Corruption Commission would have wide jurisdiction to investigate serious corruption within the public sector. They would also deliver on a pre-election promise to “restore trust in federal politics”

According to the statement, the proposed watchdog would be independent of the government and could make findings of facts, including corruption findings, as well as have the power of referring findings to the federal police or director of public prosecutions.

On Wednesday, legislation to create the watchdog will be introduced in parliament. Initial funding for 262 million Australian dollars ($169.8m) is available over four years.

The center-left Labor Party, which came to power in May and promised that an independent watchdog would become a priority if elected to government.

Scott Morrison, the former prime minister, opposed the establishment a federal watchdog. He described a similar body in New South Wales as “kangaroo courts” because it used public hearings to harm the reputations of those not found to have been corrupt.

According to the government statement, the proposed national commission will have the ability to hold public hearings in “exceptional circumstances” and when it is in the public’s interest. However, its findings will be subjected to judicial review.