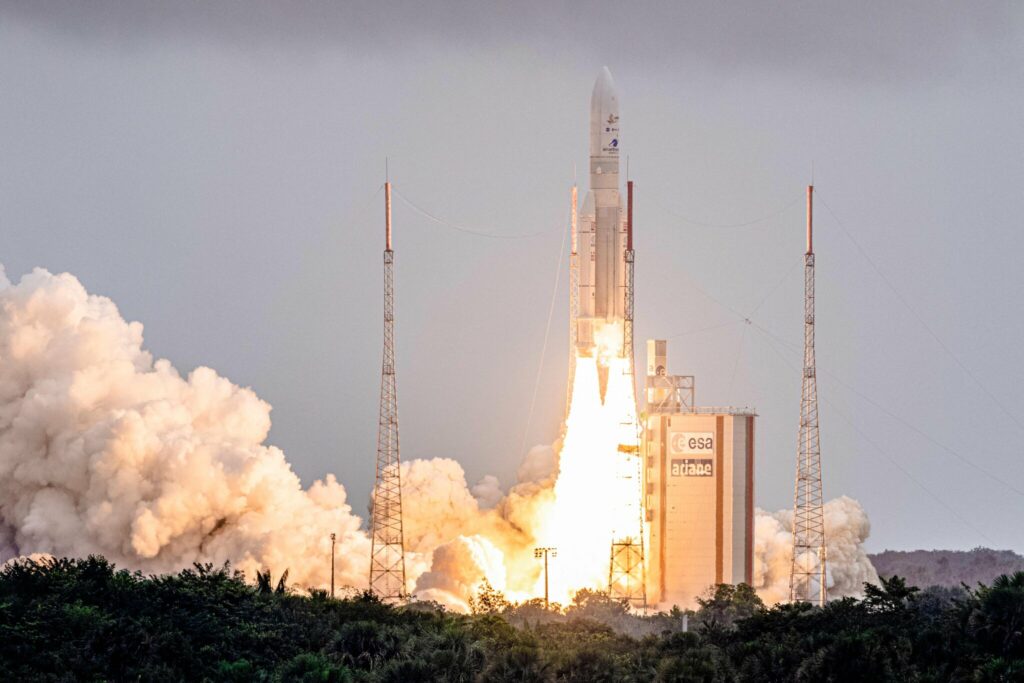 They’ll herald the start of a new phase in astronomy, Webb-the biggest space space telescope in history starts gathering information that will benefit astronomers to learn more about exoplanets and provide light on the origins of the cosmos. To ensure that this most priceless of telescopes is prepared for use, however, it has taken close to 8 months of travel, setup, testing, and calibration.

Marcia Rieke discusses the work she and her colleagues were doing to set up and operate the Webb telescope. Rieke is also in charge of the telescope’s camera.
1. What happened after the telescope was launched

The James Webb Space Telescope was successfully launched on 25th December 2021. After that, the team moved the telescope in its orbital positioning, unfolded it, and calibrated the cameras as it cooled down.

The launch was smooth as can be for rocket launches. NASA colleagues saw that telescope still had enough fuel to make future alterations to the orbit. This is important for Webb to continue to operate more than its first 10-year mission.

Webb’s reached its final position after a one-month-long journey in orbit. The first task was to open the telescope. This was done without any problems. First, we had to deploy the sun shields, which helped cool the telescope. Next, we had to align the mirrors. Finally, we had to turn on the sensors.

Later the sun shields opened, and our team started monitoring the temperatures of the cameras and waiting for them to cool enough to test the 17 different modes of operation.
2. Which test did you perform first?

The Webb cameras cooled exactly according to engineers’ predictions. The Near Infrared Camera or NIRCam was the first instrument that the team turned on. NIRCam has been designed to study infrared light emitted from the oldest stars or galaxies in the universe. However, before performing this task, NIRCam first had to align every 18 segments in Webb’s Mirror.

Once NIRCam had cooled down to minus 280 Fahrenheit, it was warm enough to detect light reflecting off Webb’s segments and create the first images. When the first light image was received, the NIRCam staff was delighted. We were open for business!

These images showed that all the mirror segments were pointed at a relatively small area in the sky, with a much better alignment than the worst-case scenarios.

Webb’s Fine Guidance Sensor also entered operation during this time. This sensor assists in keeping the telescope pointed at a target. It is similar to image stabilization with consumer digital cameras. My colleagues on NIRCam helped align the mirror segments using the star HD84800
3. What following sensors came to life?

Near-Infrared Spectrograph NIRSpec and Near-Infrared Imager (NIRISS) completed cooling and joined the party as the mirror alignment ended on March 11.

NIRSpec measures the strength and wavelengths of light coming from a specific target. This information can provide insight into the composition and temperatures of distant stars or galaxies. NIRSpec works by looking at the target object through a window that blocks other light.

NIRSpec can see up to 100 objects simultaneously through multiple slits. To test the numerous targets mode, team members first had to command the slits opening and closing to confirm they were correct commands. Future steps will allow you to determine where the slits should be pointed and enable multiple targets to be observed simultaneously.

NIRISS can also be used to break up light into its wavelengths. However, it is much better at observing all objects within a field of observation. It comes with several modes, two specifically designed to study exoplanets close to their parent stars.

The instrument checks have gone smoothly so far. The results of the instrument calibrations show that NIRSpec (and NIRISS) will deliver better data than engineers had predicted.

4. Which instrument did you last turn on?

The Mid-Infrared Instrument was the final instrument to boot on Webb. MIRI allows you to capture photos of distant galaxies and newly formed galaxies. It also lets you see faint, small objects such as asteroids. This sensor detects Webb’s longest wavelengths. It must be kept below 449 F (minus 267 C) — 11 degrees F above absolute 0. If it were warmer, the detectors would only pick up the instrument’s heat and not those objects. MIRI has its cooling system, which took extra time to become fully operational before it could be turned on.

Radio astronomers found clues suggesting that there may be galaxies hidden behind dust. Which captures wavelengths of light similar in brightness to human eyes, but cannot detect them. MIRI’s freezing temperatures make it extremely sensitive to light in the middle infrared range. This allows MIRI to pass through dust easier. Combined with Webb’s large mirror, MIRI can penetrate these dust clouds, revealing the stars and structures within such galaxies.

Webb’s instruments were all on June 15, 2022, and they took their first images. Additionally, the Webb instruments have been certified in four imaging modes, three-time series modes, and three spectroscopic modes.

NASA plans to release a collection of teaser views demonstrating Webb’s capabilities on July 12. These will display Webb imagery in its best light and give astronomers a glimpse of the high-quality data they will receive.

After July 12, James Webb Space Telescope (JST) will be fully operational and continue its scientific mission. The exact timetable for the next year is not yet available, but astronomers all around the globe eagerly await the first data return from the largest space telescope ever constructed.