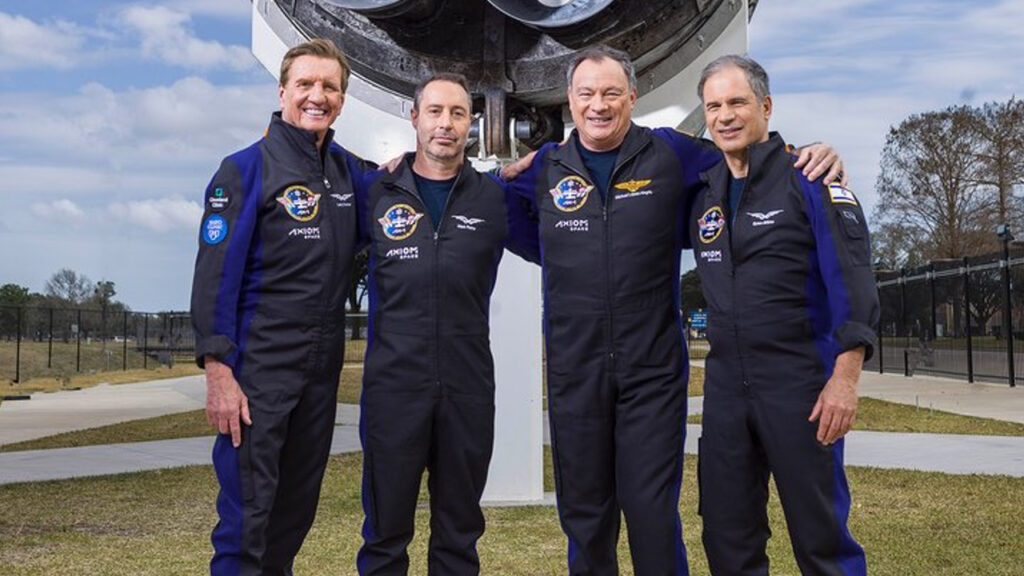 The Space X Crew Dragon has carried four Axiom Space’s Ax-1 mission crew members. Above than 200 pounds of supplies and science experiments departed from the International Space Station on Sunday at 9:10 p.m and landed on Earth Monday around 1:00 p.m. With four parachutes deployed, the scorched Dragon drifted for a few minutes before getting into the ocean. The capsule was unexpectedly on relatively calm waters as spotters on small motorboats circled it while awaiting larger recovery vessels to arrive on the scene and transport the astronauts to shore.

The spacecraft looked glowing white-hot on thermal imaging cameras that tracked its descent. It sliced through the atmosphere before getting slower by a series of parachutes in preparation for the water landing in the Atlantic Ocean.

The Axiom Space Ax-1 team arrived at ISS on Saturday, April 9, and was originally to stay aboard the orbiting space station for eight nights. However, they stayed nearly twice as long on the ISS due to unfavorable weather delays. According to NASA, the mission was postponed several times due to “marginally high winds. “NASA and Axiom mission planning to prepare for the possibility of additional time on station for the private astronauts, and there is sufficient allocation for all 11 crew members aboard the space station,” wrote the space agency in one of their recent posts.

The quartet blasted from Kennedy Space Center in Florida on April 8. The mission called for spending ten days in orbit, including eight days on the ISS. But thanks to rough or uncertain weather off the coast of Florida, the crew returned the delay multiple times. The team has spent 15 days on the ISS and 17 days in space in the end.

The crew completed 240 orbits of Earth during that time, traveling over 6 million miles. They have also spent their 14 hours a day doing science and completed over two dozen research projects, whose topics ranged from cancer to self-assembling robots.
Axiom-1 aims to send private and professional astronauts to the ISS twice a year as it prepares to launch its space station modules. Axiom has planned for the Axiom Station to become its own free-flying private space station after the retirement of ISS in 2031.

However, the delay in undocking did push back the launch of NASA’s Crew-4 mission to the ISS. NASA astronauts Kjell Lindgren, Robert Hines, Jessica Watkins, and European Space Agency astronaut Samantha Cristoforetti organized to launch the space station on a Falcon 9 rocket on April 23 Saturday, but that was the delayed to Wednesday, April 27.

The ISS team has made good use of their extra time in orbit. Eytan Stibbe, Michael López-Alegría, Larry Connor, and Mark Pathy continued working on precious scientific research they had packed with them to the ISS, including a space helmet that studies pulses from the brain data on astronaut health, and a holoportation device.

“The success of the first private astronaut mission to the International Space Station(ISS) is an essential step in opening opportunities for space travelers and achieving NASA’s goal of enabling the commercial business of the planet in low Earth orbit. In a statement released shortly after the Atlantic splashdown, NASA Administrator Bill Nelson said.

Axiom signed a deal with Space X for all three additional private astronaut missions to the ISS aboard Team Dragon. But the space company has kept the cost of those low-orbit trips confidential and refused to disclose how much each passenger should pay for a seat on the Space X Dragon. 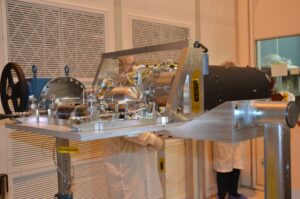 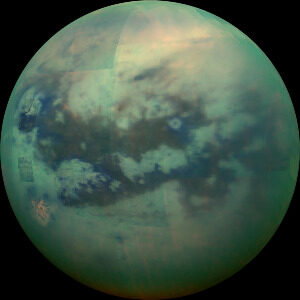 May 5, 2022
Importance of Aerospace Adhesives and Sealants in Aircraft Industry 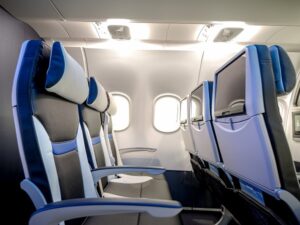 Importance of Aerospace Adhesives and Sealants in Aircraft Industry