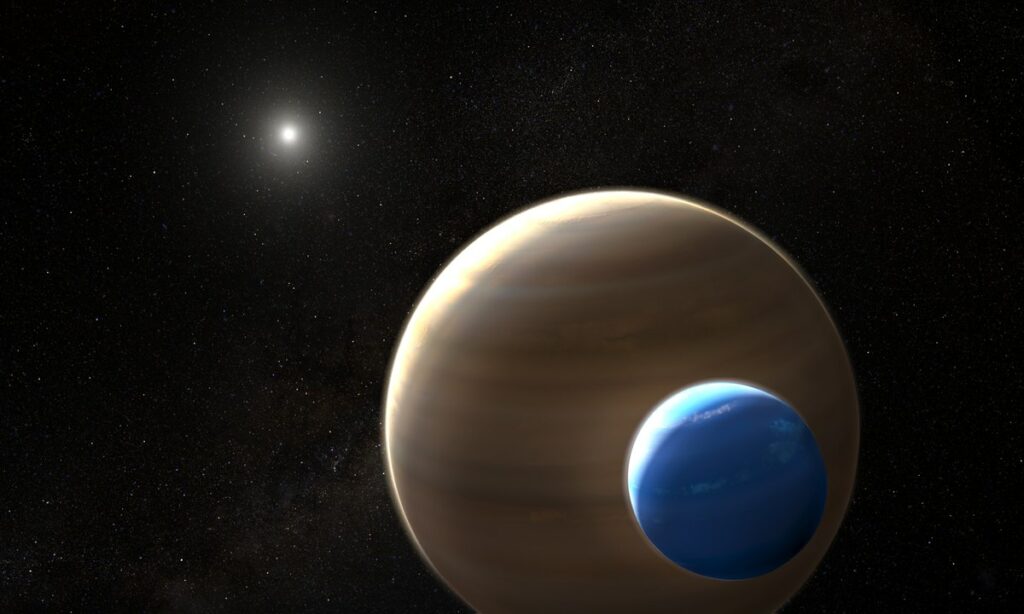 Now, we have confirmed the existence of over 4,000 exoplanets. These planets are providing information about how systems and planets form, and may even be able to help us find other habitable planets. An exomoon is a harder object to find. Although it is very probable that moons exist beyond our solar system’s orbit, astronomers find it exceedingly difficult to identify them due to their small size. Columbia University astronomers believe that they have found evidence of an exomoon.

The exomoon is 5,500 light-years away. It is very large and orbits a Jupiter-sized planet called Kepler1708b. David Kipping, the head of the team that discovered it, is now the second exomoon candidate. In a statement, Kipping stated that “astronomers have discovered more than 10,000 exoplanet candidates to date,” but exomoons can be more difficult. They are terra incognita.

Kipping and his team analyzed NASA’s Kepler telescope archives and narrowed down the coldest gas giant planets. Because the moons of Saturn and Jupiter, which are similar planets in our solar systems, have many moons, they chose to focus their attention on these exoplanets.

The signal was found after they searched data on 70 planets. This signal was super-sized, so it stood out. If additional candidates are found in the future, they will likely not be as large. Kipping stated that “the weirdos will be the first to be detected in any survey.” “The biggest ones are the easiest to detect using our limited sensitivity.”

Astronomers will need more data to confirm that the candidate is an exomoon or if it’s a randomity in the data. The signal could have been caused by the planet’s interaction with its star or the Kepler instrument making noise. For now, Kippling will continue to work with his colleagues to find more evidence that this moon is actually outside our solar system.