NASA has launched the ambitious Double Asteroid Redirection Test mission. DART is a planetary defense mission by the US space agency. The spacecraft was launched aboard SpaceX’s partially reusable launch vehicle Falcon 9 rocket. NASA’s mission is to deliberately crash the DART spacecraft into an asteroid. The aim is to demonstrate the asteroid-deflecting technology. The technique could be used in the future to prevent possible impact on Earth in the future by hazardous asteroids. The impact will change the motion and direction of the asteroid. It will be the first such mission to showcase the kinetic impactor technique in space. It is also the first mission by any space agency in the world to test planetary defense techniques.

According to NASA, the DART spacecraft will hit an asteroid as it will travel at a speed of 24,000 km per hour. The plan is that the spacecraft will slam into Dimorphous. It is a small asteroid satellite. It was first discovered in 2003. The primary asteroid is 65803 Didymos. The agency said that these are not a threat to Earth. NASA said that the DART spacecraft after separation from the rocket will intercept the moonlet of Didymos in September next year. By that time, Didymos’ distance from Earth will be less than 11 million km. Scientists can use ground telescopes for observations. This will also enable scientists to calculate the spacecraft’s momentum to the target.

NASA said that the spacecraft is designed to use an autonomous targeting system. It will use the system to aim at the target. The spacecraft measures roughly the size of a small passenger car. When it crashes into the asteroid, the speed of the spacecraft will be around four miles per second. The space agency said that Earth telescopes will observe the asteroid system. Notably, no asteroid poses a risk to the Earth’s existence. The testing will allow scientists to gather important data and improve space capabilities for predicting the deflection of space rocks. The collision will let the scientists better prepare for changing the motion of an asteroid that is discovered as hazardous to Earth. The asteroid measures approximately 160 meters in size. 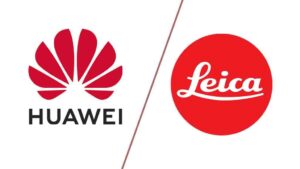