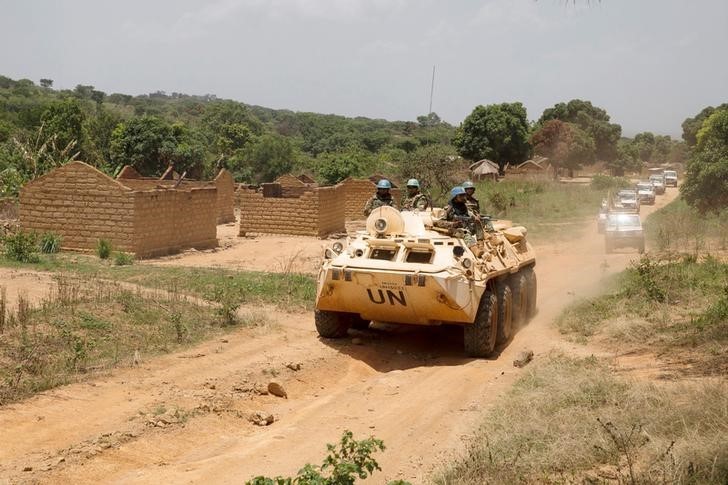 Analysts believe that the DRC’s loss of the military base is a setback in its war against the eastern region’s armed groups.

The United Nations peacekeeping force in the Democratic Republic of the Congo has pulled troops out of Rumangabo’s eastern military base, ceding ground to the M23 rebel group.

UN troops were supporting Congolese forces against M23. They launched an offensive in October and captured Kiwanja on Saturday. This broke months of relative calm.

“We have made a tactical and strategic withdrawal from Rumangabo in consultation with our partner to better prepare for the next steps together,”.

After years of dormancy, the M23 began fighting again in 2021. They accuse the DRC government of failing to honor an agreement to integrate their fighters into the army.

Although the front line between the Congolese military & the M23 was calm for several weeks now, rebels made advances in North Kivu province starting on October 20.

Even though thousands of people remain displaced, the loss of the military base is a setback to DRC.

“It’s [Kiwanja’s] fall is yet another humiliation [for] the government in] Kinshasa. It raises serious questions about how an extremely small rebel group can accomplish this independently,” Jason Stearns (founder of the Congo Studies Group), a New York University research institute.

This crisis has also exacerbated tensions with Rwanda, which is at odds over its support for rebels. It denies this. Kinshasa expelled Rwanda’s ambassador to DRC in October.

UN experts stated in August that they had solid evidence Rwanda provided military aid to M23 in eastern DRC. The findings were disputed by Rwanda’s government.

Since the capture of Kiwanja, Goma, which is the capital of North Kivu’s province in the DRC, has been effectively cut off the province’s upper half. According to the UN, more than 90,000. people fled their homes after fighting resumed on Oct 20.

According to the Burundi president’s office, this escalated the need for East African heads to call a joint conference on Tuesday to schedule a meeting with their defense chiefs to address security concerns.

Malcolm Webb, a journalist who has covered extensively the conflict in eastern DRC said Wednesday that Goma residents feel that UN peacekeepers, who have been there since 2000 have not succeeded in ending insecurity.

He said, “In recent months we’ve seen protests against Rwanda and the UN in Goma… the people in Congo feel that this is something which has been going on for too long.”

President William Ruto deployed troops to the DRC as part of a regional peacekeeping force on Wednesday. This was to stem the chaos.