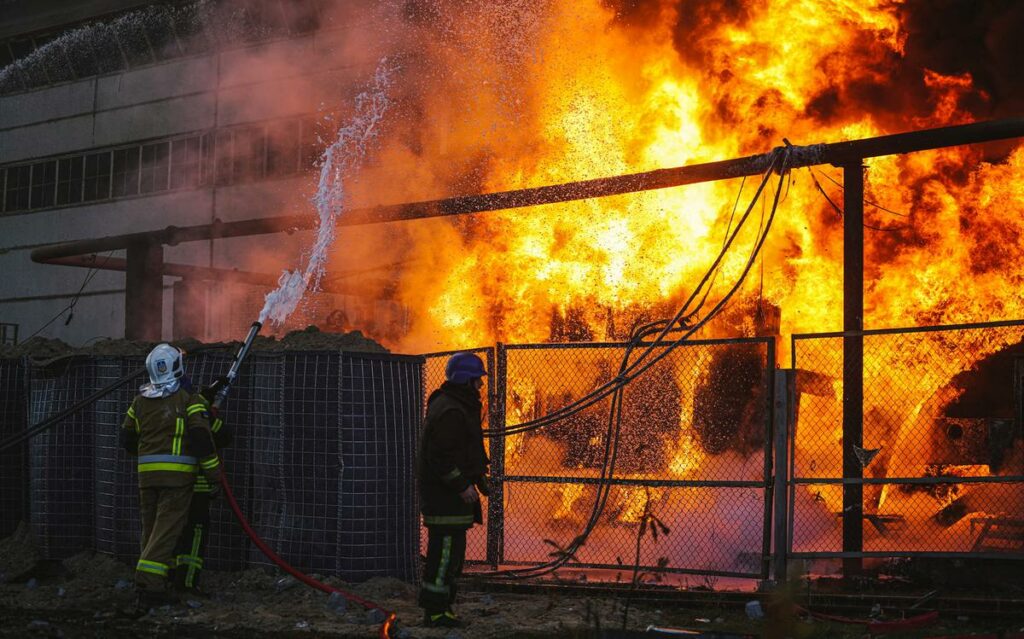 Volodymyr Zelensky, President of Ukraine, says Russia has destroyed around 30% of Ukraine’s power stations within a week

Kyiv claimed Tuesday that 1,100 villages and towns across Ukraine were left without power due to Russia’s 10 day-long strikes against energy facilities.

Russia conducted around “190 strikes with missiles and kamikaze aircrafts in 16 Ukrainian regions and the city of Kyiv” over the past ten days, according to Oleksandr Khorazhyi, spokesperson for Ukraine’s emergency agencies.

According to statistics presented during the briefings, the strikes resulted in more than 70 deaths and 240 injuries.

He stated that 140 residential buildings were damaged since October 7, 2007.

On Tuesday, Ukraine warned of “critical” threats to its energy grid following the ongoing strikes.