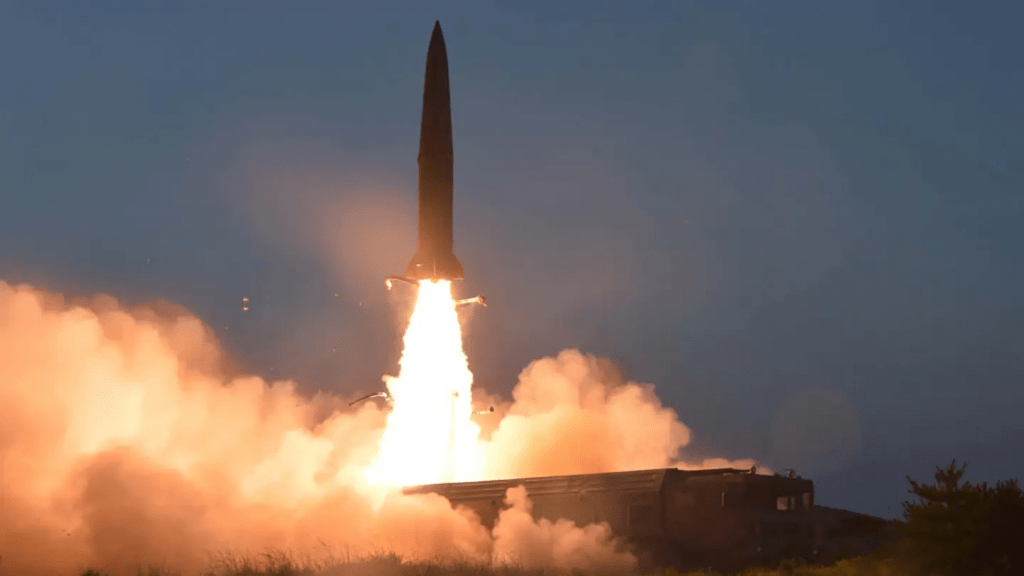 The North Korean government’s latest missile launch was a test of its tactical nuclear weapons, which it claims “hit and wipeout” potential targets in South Korea and the USA, according to state media reports Monday. Kim Jong Un, its leader, indicated that he would continue provocative tests.

The North Korean government’s latest missile launch was a test of its tactical nuclear weapons, which it claims “hit and wipeout” potential targets in South Korea and the USA, according to state media reports Monday. Kim Jong Un, its leader, indicated that he would continue provocative tests.

The North’s statement was made on the 77th anniversary of its ruling Workers Party. It is seen as an attempt at strengthening a public unity behind Kim, who faces economic hardships due to pandemics, as well as security threats posed by the US-South Korean military alliance, and other difficulties.

“Three times of launching drills by the tactical nuclear operations units, the actual war abilities… of nuclear combat forces ready and waiting to strike and wipe out set objects at any place and time were demonstrated to the full,” North Korea’s official Korean Central News Agency stated.

According to KCNA, the missile tests were necessary in response to naval drills between the US and South Korean forces. These drills involved the nuclear-powered aircraft carrier USS Ronald Reagan in the first time in five decades.

North Korea saw the drills as a threat and decided to simulate an actual war to test and improve its war deterrence.

North Korea views the US-South Korean military drills in a manner similar to an invasion rehearsal. However, allies insist that they are defensive in nature. The US and South Korean militaries are expanding their exercises since the May inauguration in Seoul of a conservative government. These were previously reduced due to the Pandemic and now-dormant nuclear diplomacy.

Kim supervised all launches. These included a nuclear-capable ballistic ballistic missile launched from a northeast reservoir; other ballistic weapons designed to strike South Korean ports, airfields and command facilities; and a ground-to-ground missile of a new type that flew above Japan.

North Korea has tested missile launchers from its submarine off its east coast before. The most recent test was the first time that a weapon was launched from an underground reservoir.

Kim Dong-yub is a professor at Seoul’s University of North Korean Studies. He said that North Korea may seek to diversify its launch sites in order to make it harder for its enemies to detect missile liftoffs and conduct preemptive strikes.

KCNA stated that the weapon fired from the reservoir flew above the sea target. North Korean authorities confirmed the reliability and altitude of the explosion of the warhead of the missile, which was apparently a dummy.

Kim, the professor, stated that the missile’s 600-kilometer (370 mile) flight suggested that the launch was a test of exploding nuclear weapons above South Korea’s southern port city of Busan. This is where Reagan docked previously. The missile that was tested seemed to be a new variant of North Korea’s KN-23 missile. It is based on Russia’s Iskander missile.