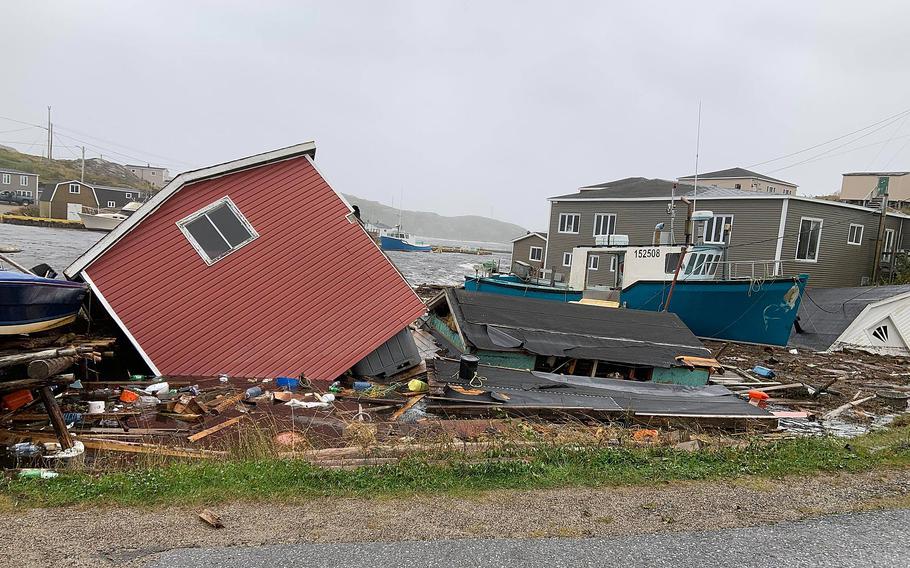 After Hurricane Fiona, which left Atlantic Canada without power for hundreds of thousands, the Canadian military was mobilized and officials are trying to assess the extent of the damage.

After soaring north from the Caribbean and arriving at the shore before dawn Saturday, Fiona was a post-tropical storm, battering Canada’s regions in Nova Scotia, Prince Edward Island and Newfoundland with heavy rains, hurricane-force winds and large waves.

Fiona was responsible for at least five deaths in the Caribbean. Canada has not confirmed any deaths but authorities are still looking for a missing woman from Channel-Port Aux Basques, a coastal town in Newfoundland.

Jolene Garland, the spokeswoman for Royal Canadian Mounted Police, stated that she believes she washed out at sea.

Canada’s Emergency Preparedness Minister Bill Blair stated that the Fiona damage was unprecedented and that it will take several months to rebuild the infrastructure.

Blair stated, “The scale of the problem we are dealing with, I believe it’s unimaginable.”

Outages Saturday affected more than 415,000 Nova Scotia Power customers, which is about 80 per cent of the province’s nearly one million residents.