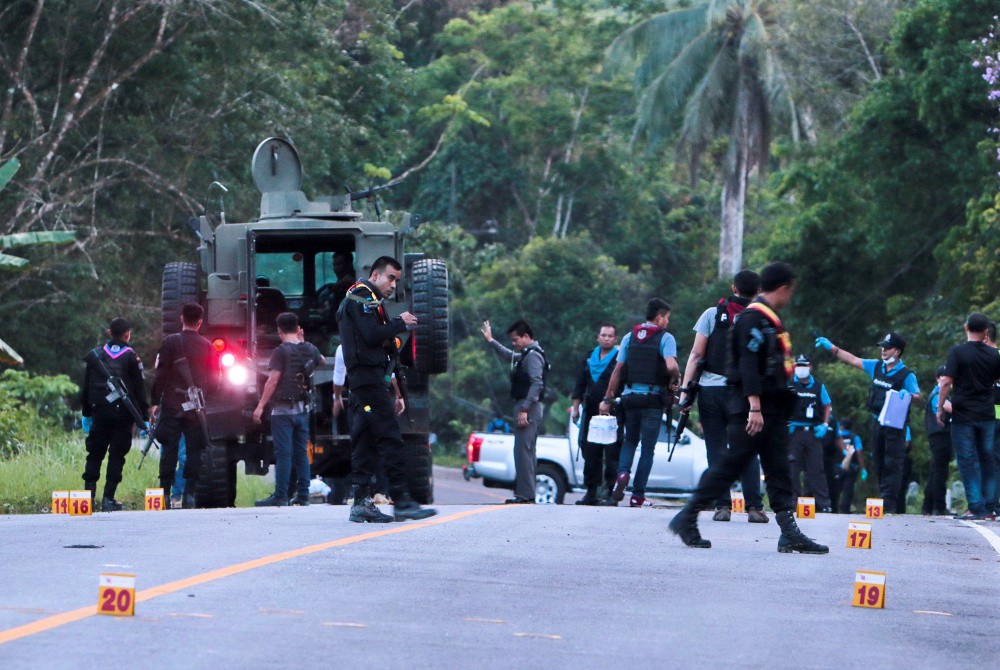 Southern Thailand was the scene of a low-level rebellion led by Muslim fighters that saw thousands killed.

Police said that a roadside bomb was set off as a Thai policeman passed by a hospital in southern Thailand. The attack left one Thai officer dead and four others hurt.

Police captain Wasuwat Kontuk stated that a police motorcycle and a police patrol truck were traveling together when they were both struck by the blast in front of a hospital in Mai Kaen, Pattani province on Tuesday night.

An officer riding a motorcycle was killed in the explosion. The police truck then veered off the road and crashed into an electric pole. Three officers were injured in the explosion and were taken to hospital.

The bomb was believed to have been planted in a garbage bin near the hospital and detonated remotely by police.

On Wednesday, TV footage showed damage to Mai Kaen’s hospital exterior. There was also a shrapnel hole at Mai Kaen Kittiwit school which was situated opposite the hospital. The school was closed for the day.

Officers from Explosive Ordnance Disposal, (EOD), sealed the area and searched nearby streets for evidence.

Southern Thailand is under the control of a rebellion at the lowest levels, led by Muslim fighters. They have complained for years about discrimination from the country’s Buddhist majority.

Most rebels are active in Thailand’s three most southernmost provinces, Pattani and Narathiwat. They often attack government targets. Thailand’s security forces are heavily involved in police operations in the southern region bordering Malaysia. This area is culturally distinct, having been colonized by Thailand just over 100 years ago.

Seven people sustained minor injuries in a series of coordinated arson attacks and blasts that targeted convenience stores and petrol stations in the provinces Yala, Pattani, and Narathiwat last month.

Six people were killed in a gun battle that lasted six days in October, last year.

According to Deep South Watch, which monitors violence in the south of Thailand, more than 7,300 people were killed in the conflict in Thailand’s South since 2004.