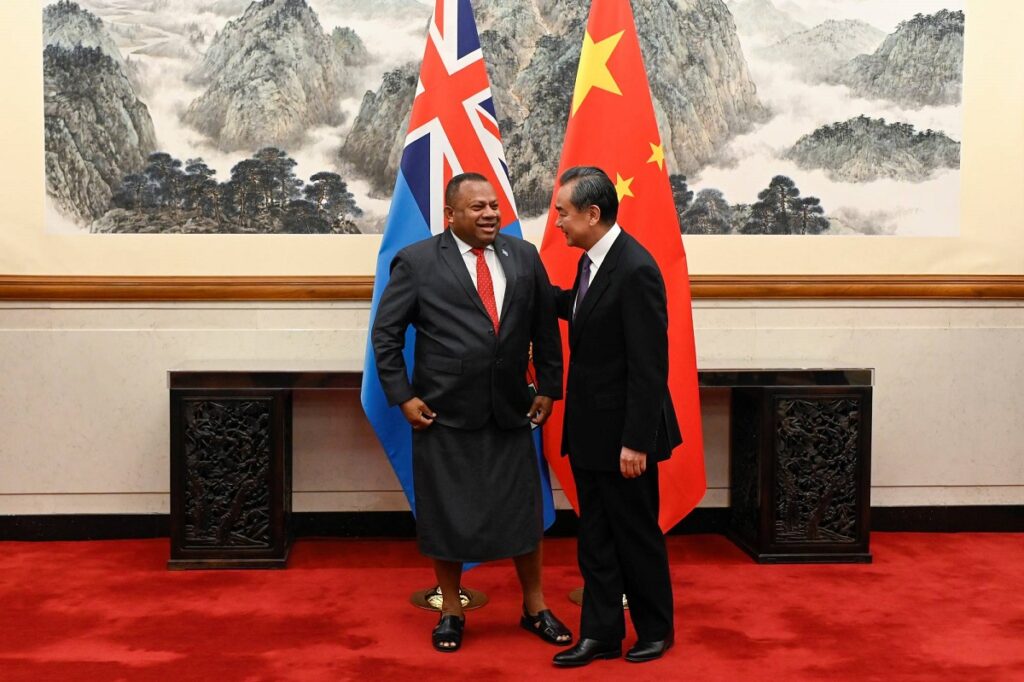 The US should be concerned about China's strategy on the Pacific islands: Report

The US should be concerned about China’s strategy on the Pacific islands: Report

A new report says that the US should increase support for island states to counter China’s increasing influence in the Pacific.

A new report from a think-tank funded by the US Congress has revealed that China has made progress in the Pacific Islands, an area of strategic importance it has not been capable to reach elsewhere in the world.

which was co-authored by former military officers, the advancement of China’s geo-strategic objectives among Pacific nations should cause concern, but not alarm, for Washington.

The report recommends that the US support the North Pacific island states where China has the strongest historical ties to counter China’s increasing influence in the region.

According to the report, “Chinese officials did not publicly declare that the Pacific Islands region was an area of high strategic interest. However, the benefits for Beijing from increased engagement in the region are obvious.”

“Perhaps the Pacific Islands offer China an opportunity to score strategic, tactical, and symbolic victories in pursuit of its global agenda, perhaps to a greater degree than any other geographical area.”

This report comes before a meeting between US President Joe Biden, a dozen Pacific island leaders, and Washington seeks to compete with Beijing for influence.

The Federated States of Micronesia, Palau, and the Marshall Islands are sovereign nations that have been known as Freely Associated States (FAS). These compacts gave the US defense responsibilities and the right to military bases in these territories in the late 1980s.

These compacts expire in 2023 or 2024. The US is currently renegotiating them. However, the report warned that states concerned could turn to China for funding if negotiations fail with Washington.

According to the report, Philip Davidson (a former commander of US Indo-Pacific Command) and David Stilwell (a former assistant secretary of State), “The vast FAS territory seas, that span much of northern Pacific are an important strategic buffer Zwischen US defense assets in Guam, Hawaii and East Asian Littoral waters,”

The report states that if Beijing succeeds in bringing in one of the FAS countries, it would “imperil US military capabilities within a strategically vital geographical command area and open up the door for a wider reordering regional architecture with implications far beyond the Pacific region.”

The report stated that the US has a critical missile defense test range on the Marshall Islands, which is vital for US space and missile-defense capability.

The report states that Washington must offer an alternative to Chinese economic aid to “counter Beijing’s attempts to capitalize on regional perceptions about neglect and abandonment”.

Monitoring China’s growing activity in the FAS required additional resources. In this area, Chinese research vessels of “military utility”, were seen moving about without permission.

Recently, the Federated States of Micronesia agreed to build new US military facilities. Palau asked that the US build more airstrips and ports, which Washington should “consider seriously” to ensure that they are in line with defense needs.