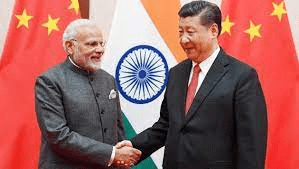 Since the June 2020 military standoff that saw soldiers from the Indian Army and China’s People’s Liberation Army clash in Galwaan Valley, this is the first time PM Narendra Modi has met China’s Xi Jinping at a global summit.

Friday’s address by Xi Jinping, the Chinese President, congratulated India for hosting the Shanghai Cooperation Organisation summit (SCO) next year. He also said that Beijing would support the country in its efforts to be the regional chair.

Xi Jinping stated that India will be supported for its presidency the next year at the Shanghai Cooperation Organisation summit, currently taking place in Samarkand, Uzbekistan.

This is the first meeting between Prime Minister Narendra Modi of India and China’s Xi Jinping at a global summit. It follows the military standoff that broke out between the two Asian giants in June 2020, when soldiers from the Indian Army and the People’s Liberation Army clashed in Ladakh’s Galwaan Valley.

PM Modi positioned India as an emerging manufacturing center at the SCO summit and urged members to work together to build resilient supply chains and regional infrastructure in order to reshape the global world order after a pandemic.

India is expected to attend a bilateral meeting between Russian President Vladimir Putin and heads of state from Uzbekistan, Iran, and Uzbekistan. There are no reports of India and China meeting in person, despite speculations. None of the countries have confirmed such a meeting.

India is still the leading candidate to host the Shanghai Cooperation Organisation summit 2023. This will likely see Iran become a full member of the grouping.

The 22nd Shanghai Cooperation Organisation regional meeting, which is currently taking place in Samarkand in Uzbekistan, marks the 22nd anniversary of its establishment in Shanghai in June 2001.