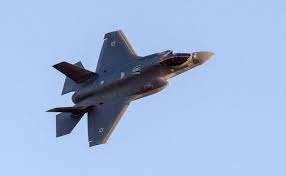 The US carries out raids in Syria on Iran-linked targets

The US carries out raids in Syria on Iran-linked targets

The Central Command says the raids on Deir Az Zor were aimed at protecting US forces from attacks by Iran-linked groups.

The US claims to have carried out airstrikes in eastern Syria, targeting infrastructure used by groups affiliated with Iran’s elite Revolutionary Guard Corps (IRGC).

On Wednesday, the US Army’s Central Command said the raids on Deir Az Zor in Syria were ordered by President Joe Biden.

There was no immediate comment from the Syrian government. Central Command said the raids “took proportionate and deliberate steps to limit the risk of escalation and minimize the risk of mortality”.

It did not recognize the targets or provide data on the victims of the attacks. “Today’s attacks were necessary to preserve and defend American personnel,” said Central Command spokesman Col. Joe Buccino. The colonel added that the attack followed an August 15 attack on US forces.

This attack saw drones allegedly launched by Iran-backed militias, targeting the alTanf garrison used by US forces. Central Command described the assault as “zero casualties and no damage” at the time.

Deir Az Zor is a strategic province that borders Iraq and contains oil deposits. Iran-backed militias and Syrian forces control the area and have often been targeted by Israeli warplanes in previous raids.

US forces entered Syria in 2015, to assist allied forces in their fight against the ISIL (ISIS) group.