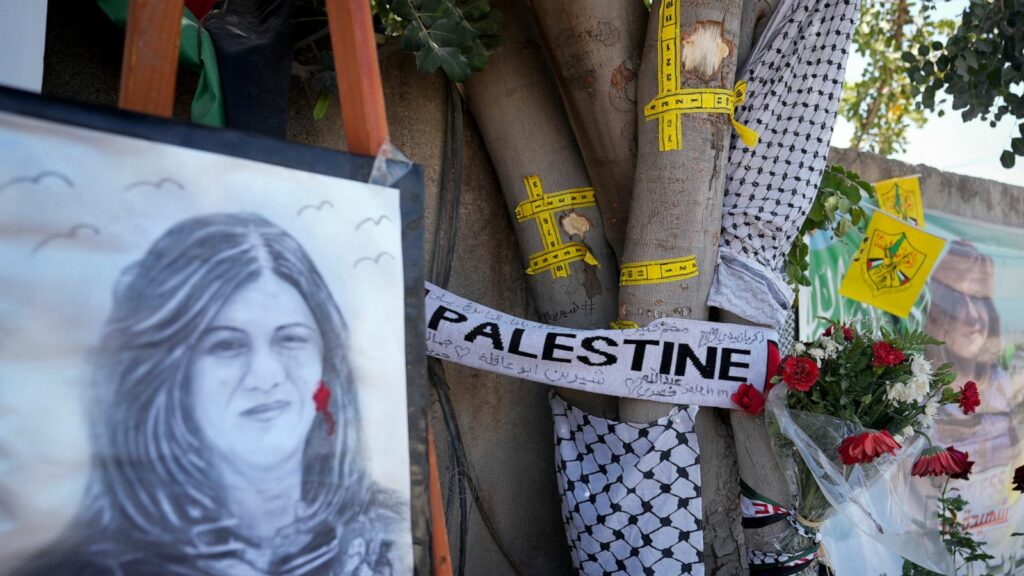 The Palestinian Authority stated Thursday that its investigation into the murder of a journalist named Shireen Ab Akleh, who worked for Al Jazeera for 25 years, revealed that she was killed by an Israeli army officer in a “deliberate killing”. Israel resentfully denied the accusations and stated that it was still investigating the death Abu Akleh’s death. She died while capturing the footage of the Israeli military raid on Jenin, in the Israeli-occupied West Bank. The officials from the Israeli army previously stated that she could have been accidentally shot by one of its soldiers, or by a Palestinian militant during a firefight. According to the Attorney General of Palestine, Akram al-Khatib, no militants were there, near Abu Akleh’s death.

Al Jazeera, the international radio broadcaster of Qatar, stated that it would consider referring the murder to the ICC, also known as International Criminal Court. The findings were rejected by Benny Gantz, Israeli Defense Minister.

He tweeted that any claim of the Palestinians regarding the Israel Defence Forces deliberately harming any journalists or civil citizens who were not involved is a shameful lie. He again put forward his appeal to the Palestinians to cooperate with Israel and to give the bullet for ballistic tests in order to determine if it matches the guns from the Israeli military. According to the Palestinians, they don’t trust any Israeli and refuse to have a joint investigation. Al-Khatib stated that tests proved that the death of Abu Akleh occurred with a 5.56mm bullet fired from a rifle with the name— Ruger Mini-14 semiautomatic. The Israeli military uses this rifle. The same 5.56 caliber can be fired from M-16 rifles, which are often carried by militants in Palestine. Al-Khatib didn’t say how certain he was that it came from an Israeli rifle.

“This is part of the evidence the Palestinian attorney general has been analyzing since Shireen has been killed,” Ibrahim said. “They hope that this investigation gets picked up by international organizations, specifically by the International Criminal Court (ICC), to bring Shireen justice.”
Israel claims that the only way to determine if a bullet was fired by a soldier is to examine the bullet and check if its markings match those on an Israeli gun. “I call upon the PA to turn over the bullet and its findings,” Gantz stated that the PA is ready and willing to cooperate with international actors in conducting an investigation.