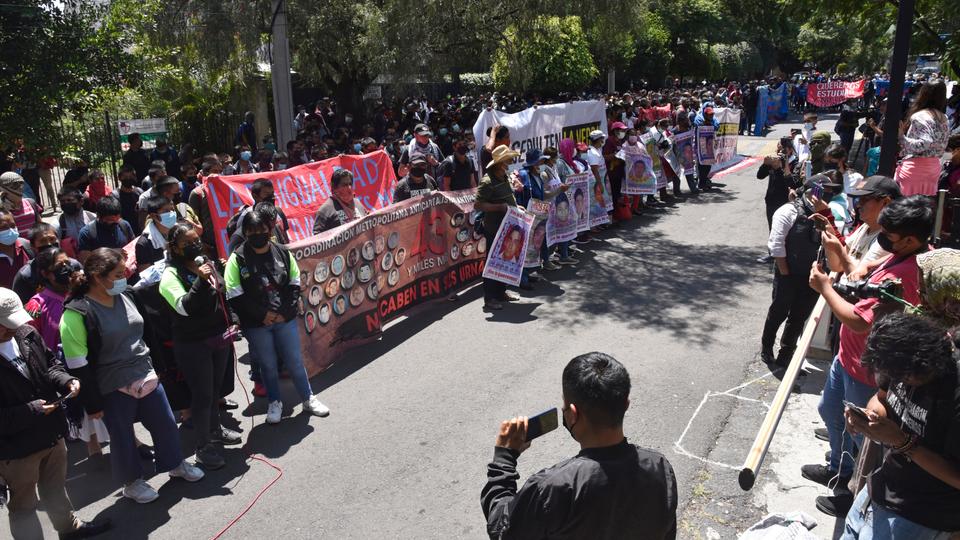 Tomas Zeron, a former leader of Mexico’s Criminal Investigation Agency has been reported to have lived in Israel for approximately two years.

The relatives of the 43 missing Mexican students protested in front of Israel’s Embassy to demand that the former top investigator in the case be extradited.

On Wednesday, hundreds gathered in front of the Mexican Embassy in Mexico City. There was no police presence. Some carried photos of missing students and others spray graffiti on the walls.

Tomas Zeron was previously the head of Mexico’s Criminal Investigation Agency. He is accused of manipulating a probe into one of the worst human rights violations in Mexico. According to reports, he has been living in Israel for around two years.

Zeron was one of the architects of “historical truth”, which is the official version of the case that was presented in 2015. It was rejected by victims’ families and independent experts.

Meliton Ortega, a representative for the families of the students, stated that Israel is protecting Tomas Zeron (a human rights violator who tortured the people he held at the time he built the “historical truth”).

Zvi Tal, the Israeli ambassador to Mexico, criticized the actions of the demonstrators.

“It is evident to us that violence displayed during the protest, where they left the wall of our headquarters painted in offensive graffiti – here is spelled ‘Death To Israel’ – has not been related to the Ayotzinapa matter,” he stated in a video address before the embassy.

He stated that Israel, as a nation of law, must comply with its international legal obligations and examine the request from Mexico. This is even if it’s a request that pertains to an open wound in Mexican public opinion.

Mexico repeatedly requested Israel to turn Zeron over, who is charged with kidnapping and torturing suspects, as well as manipulating evidence, allegations that he denies.

Before they disappeared, the 43 students were riding buses in Guerrero’s southern state to get to a demonstration in Mexico City.

Investigators claim they were taken into custody by corrupt police and turned over to a drug cartel. However, it is unclear what exactly happened. Only three of the victim’s remains have been identified so far.

The truth commission, which was established by the current government to investigate this atrocity, declared it a “state crime” that involved agents from various institutions.

It stated that military personnel was responsible for their actions directly or indirectly.

Last month, the prosecution announced that more than 80 suspects had been arrested, including 20 military personnel and 44 police officers.

Jesus Murillo Karam was also detained that day on charges of torture, forced disappearance, and obstruction of justice.

The government announced last week that an army general and two military personnel were also arrested.